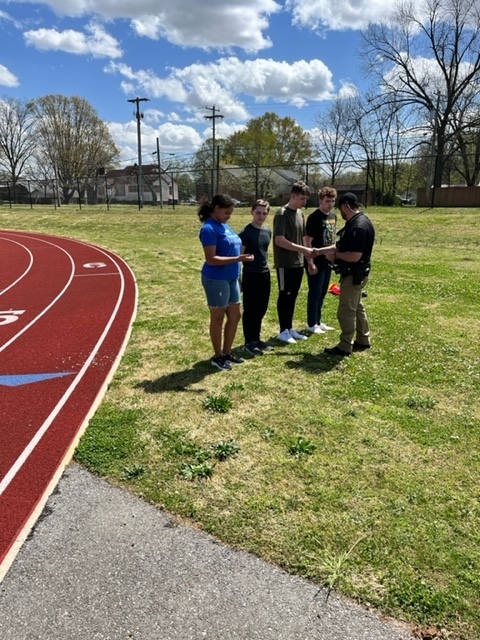 On April 4th and 7th, School Resource Officer Schutt conducted a police PT program course with Decatur High JROTC at Ogle Stadium. Cadets competed as four cadet teams for a timed finish of the PT course. The best two team times were awarded a Thin Blue Line pin to wear with their dress uniforms. Cadets were highly energetic and motivated to compete. Officer Schutt was assisted on his two days of training by SRO Officers Rance Sutherlin and Jonathan Macklin. Officer Schutt was asked to award the pins to the cadets at the end of the PT. The DHS JROTC presented their company challenge coin to Officer Schutt and thanked him for conducting the police PT for them.