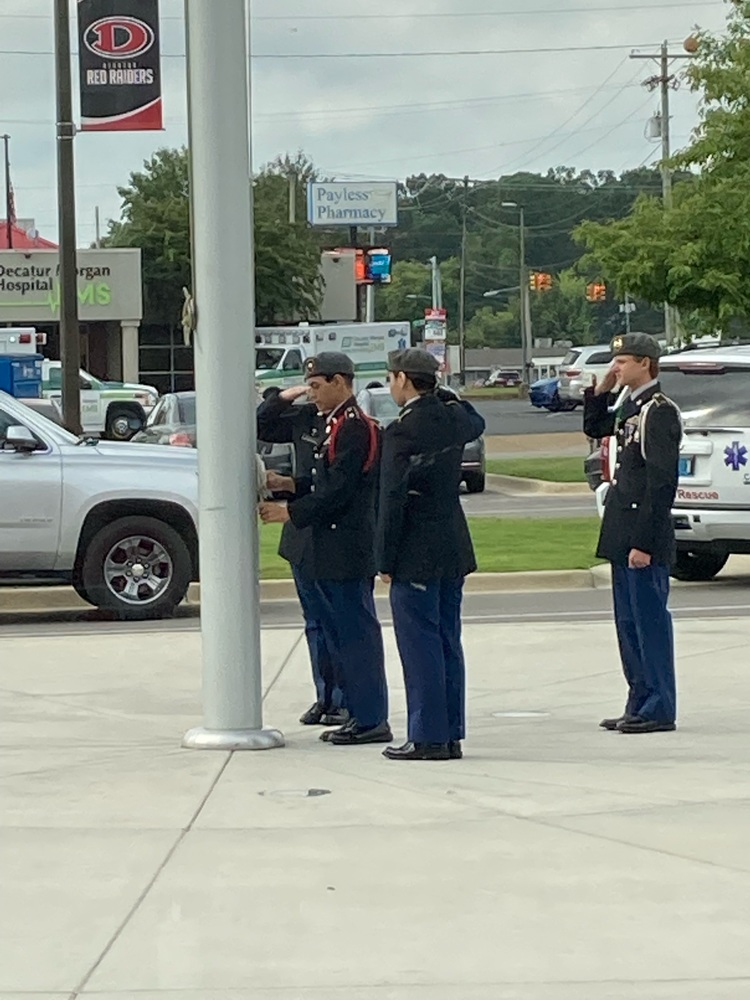 This morning, the DHS JROTC honored the victims and heroes of the September 11th attacks. First responders of the city of Decatur and the U.S. military were present to honor those who gave the ultimate sacrifice on that day and the days that followed. The United States flag in front of DHS was placed at half-staff to remember those and the families of those who died. May we never forget.