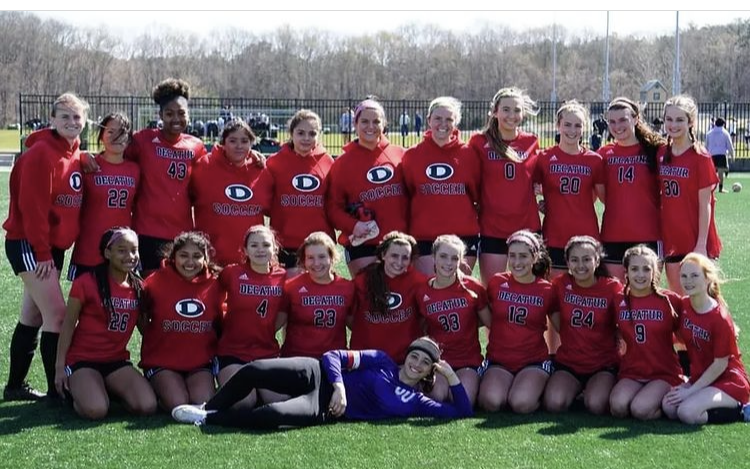 The Decatur High Lady Raiders defeated Brewer, West Morgan, and Priceville to make it to the championship game against Austin. The score in the championship game was 2-0, with both goals coming from Leah South. Kacey Powell was named the tournament MVP. She played in the goal for the Raiders, and she did not allow a goal during any games in the tournament! Maggie Rosencrance, Yoshari Chavez, and Bonnie Frost were selected to be on the all-tournament team for the Raiders.

Decatur High School is so proud of our girls' soccer program the hard work and focus they have chosen to do to be so successful! The season is not over, so come out and support our ladies!