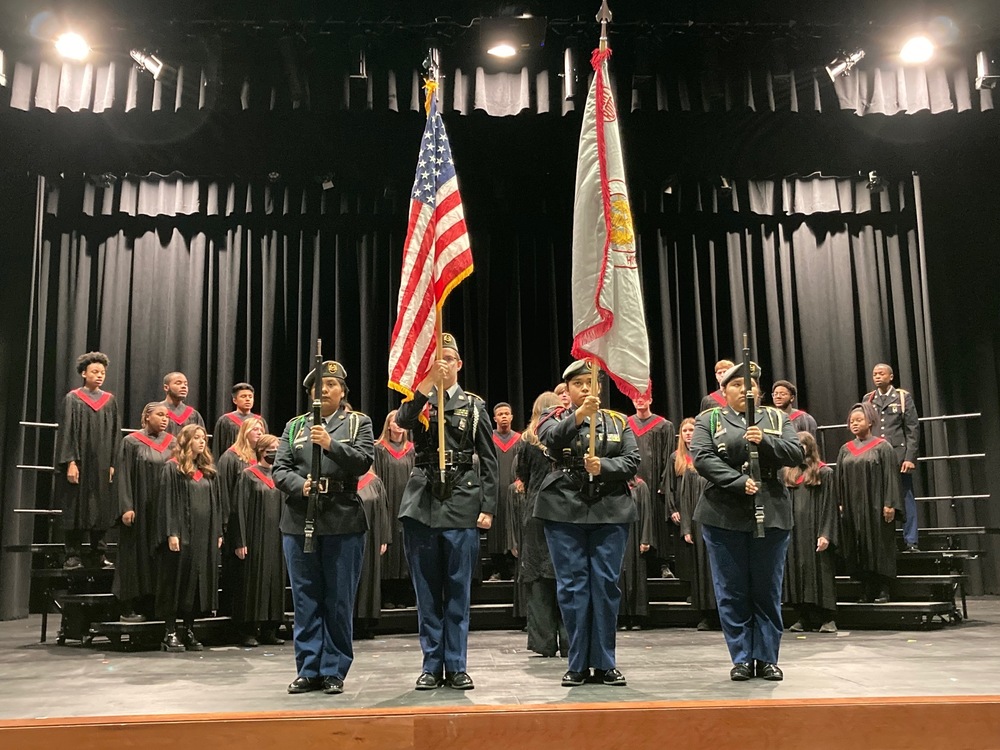 DHS honors Those Who Serve, Past and Present

Decatur High School has decades of tradition and the honor of our military is at the top of the list. With the DHS JROTC cadets presenting the colors and student council president Owen Amazan leading the pledge of allegiance, DHS honored three special guests and all who serve, past and present, in the Veteran's Day assembly. Veteran Paul Wagar spoke of three men from DHS who made the ultimate sacrifice for our nation and honored their service. Veteran Larry Sturges was the keynote speaker and challenged everyone to protect our nation's freedom.

At 100 years of age, World War II veteran George F. Mills recited "A Toast to the Flag" for the faculty, students and guests in the assembly. A soldier in the Battle of the Bulge, Mr. Mills was presented the Distinguished Veteran Award by DHS principal Leslie Russell, the first award of its kind. DHS recognizes the millions who have served, past and present, in defense of the United States of America against enemies both foreign and domestic.